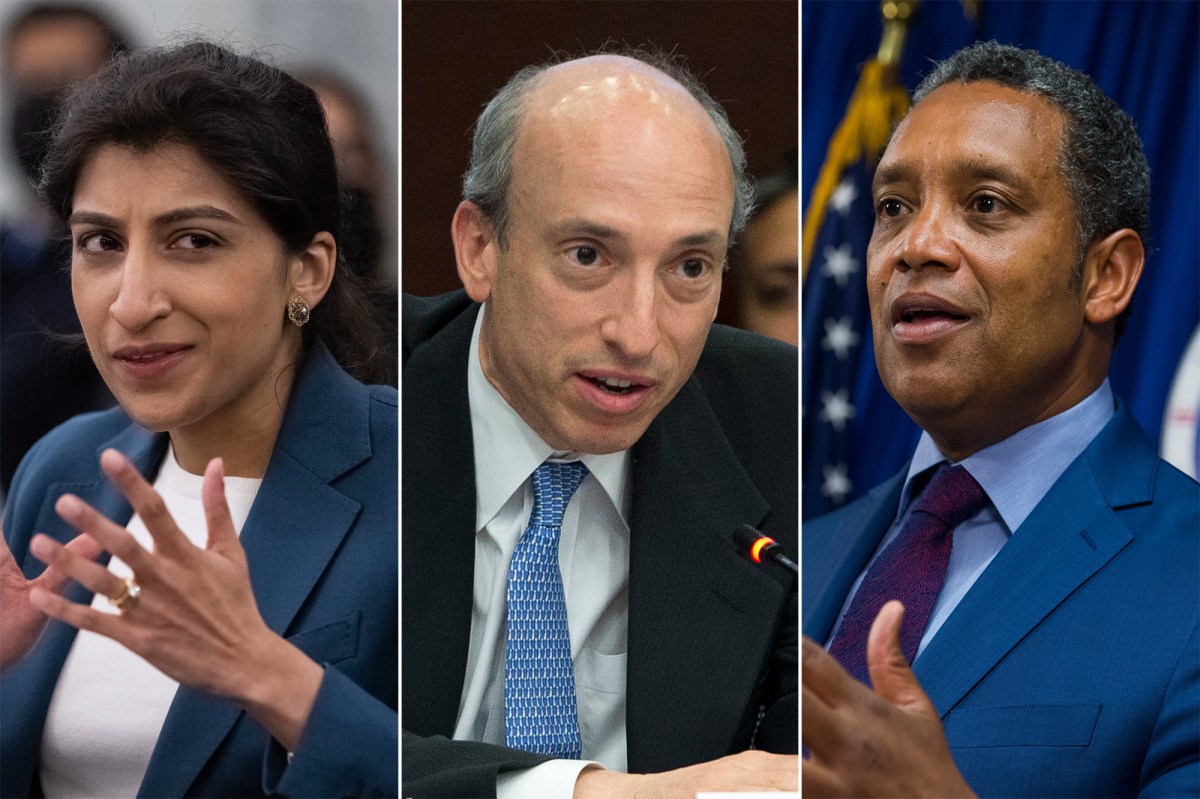 Four years ago, as a student at Yale Law School, Lina Khan wrote an article on the supposed evils of Amazon, the ubiquitous and consumer-friendly online retailer.

Today, at only 32, she is running the Federal Trade Commission, one of the most important US agencies that regulates tech.

Since becoming attorney general for the District of Columbia in 2015, Karl Racine seemed more interested in lefty social-justice issues including supposed fixes to the juvenile-justice system than regulating corporate behemoths.

Then in May, he sued Amazon over alleged antitrust violations, seeking among other remedies so-called “structural relief,” which is a legalistic way of saying he wants to break up one of America’s most successful companies.

Now, DC political sources tell me, Racine has emerged as the possible new front-runner to take another significant role influencing Big Business, as chief of the Justice Department’s antitrust division.

If you notice a pattern here, you are not alone. The Biden administration is filling the federal bureaucracy with zealots looking to pursue its political goals.

When you throw in Securities and Exchange Commission chief Gary Gensler, a hyperpartisan non-lawyer serving as Wall Street’s top cop, you have the makings of the most progressive regulatory triumvirate in recent memory. This crew is taking power and ready to make life miserable for business after a dreadful year of COVID lockdowns and a recession just when the economy is about to boom.

Of course, you can make a good case that Wall Street needs some regulation, and tech firms like Amazon are far too big and powerful. You can also make the case that if it’s not broke, you don’t need to fix it. For all the noise about Bitcoin, meme stocks and so-called gamification of trading, the markets are incredibly efficient. Average Americans can trade easily, seamlessly and cheaply.

If people are gambling instead of investing, don’t blame Wall Street, blame the government — as the Federal Reserve prints money and keeps interest rates so low that it encourages trading.

Likewise, it concerns me that Big Tech stifles speech, particularly of dissenting conservative voices on platforms like Twitter, Facebook and Google. It is also a little creepy that I’m bombarded with pop-up ads for products I searched for on the Web.

Still, could society have functioned properly during the COVID lockdowns without Amazon deliveries? All businesses would have shuttered were it not for tech innovations like Zoom. While we are at it, if Big Tech is so powerful and evil, why are its platforms so popular with most Americans?

If history is any guide, real monopolies always crush consumers with higher prices. It’s not happening when it comes to Big Tech. For all the nervousness over inflation creeping higher, you can place much more of the blame on those insane disincentives to work (aka excessive COVID government handouts).

But not according to Khan, known in DC circles as an “antitrust hipster” after her screed titled “Amazon’s Antitrust Paradox” made her a star among progressives. Her paper argued that it does not matter if consumers love to use Amazon because it’s a cheap and efficient retailer selling anything from movies to hand cleanser. Its evil resides in its size; as the dominant online retailer, independent retailers need to have access to the platform. It collects data from consumers and these businesses to further its power as an economic monster.

Because of its size, it can cut ­prices and take market share from any business that dares to challenge its business model. Amazon, she believes, is the modern equivalent of those greedy robber barons of the late 19th century.

OK, but where’s the beef? Or to be more exact, where’s the climatic final chapter where Amazon CEO and founder Jeff Bezos rule the world, bending consumers to their will through rapacious pricing policies?

Khan does not really say — possibly because logic would dictate that if we could come up with a COVID vaccine in less than a year, some smart techie would come up with a cheaper alternative to Amazon if Bezos really did embrace his inner robber baron.

The sleight of hand the Biden administration used to appoint Khan as FTC chair is also worth noting. The Senate originally confirmed her as an FTC commissioner; she received some GOP support because Republicans are hating Big Tech these days — but they didn’t think she would be named FTC boss.

But right after her Tuesday confirmation as commissioner, the White House elevated her to FTC chair. Not only were GOP senators who had voted for her blindsided, but so was Senate Majority Leader Chuck Schumer, whose close associate ­Rebecca Kelly Slaughter — a more seasoned antitrust lawyer — was serving as acting commissioner.

White House sources say the shotgun-wedding approach was out of concern that Big Tech would lobby against her to the GOP and possibly Schumer. Now Khan, the 30-something antitrust hipster, can join forces with Gensler and possibly Racine to put progressive ­theories to work in the business world.

And the American economy can suffer the real-world consequences.